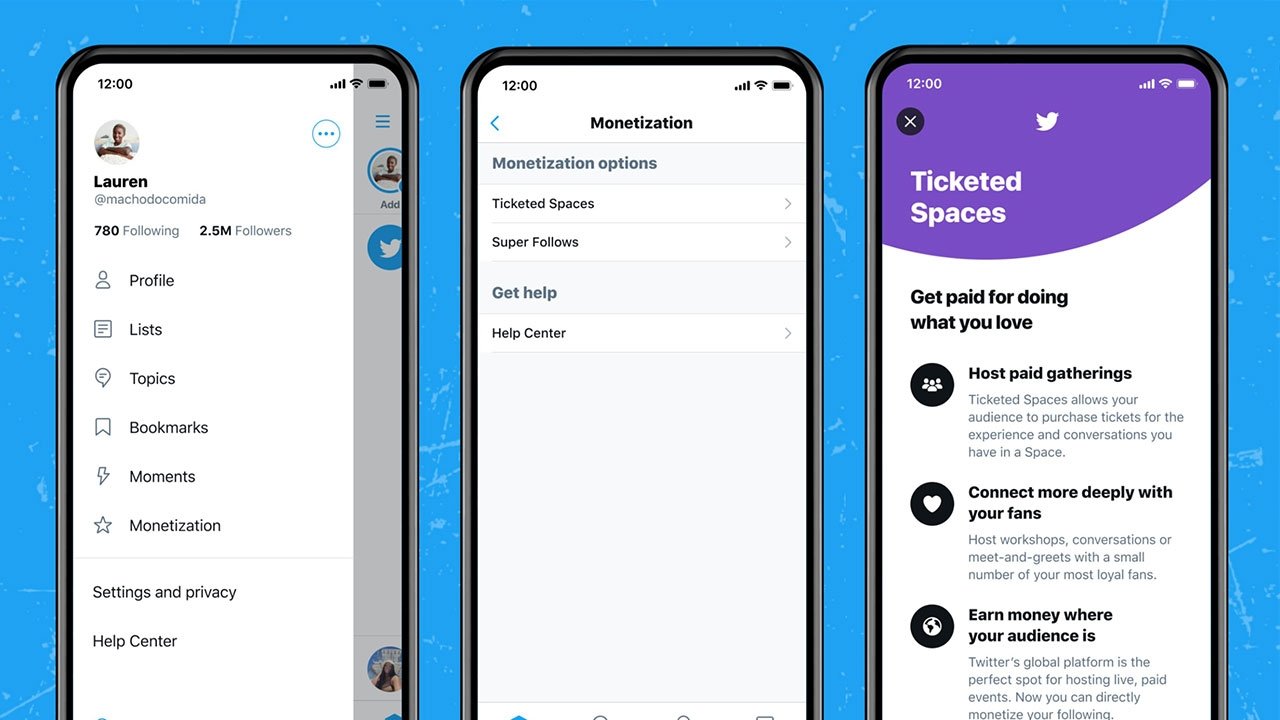 Twitter on Friday rolled out an experimental initiative that allows some iOS app users to sell tickets to Spaces audio chats, the company’s first efforts to monetize its audio meet-up feature.

“[W]e want to help people creating cool Spaces make $$$. today, some Hosts will be able create Ticketed Spaces!” Twitter said in a tweet posted to its official Spaces account. “[W]e’re experimenting on iOS only for now but we hope to get it to everyone soon. know it’s taking us a little time, but we want to get this right for you!”

Hosts are able to set ticket prices between $1 and $999, and can limit the number of attendees to between 5 and 10 people.

Twitter takes a 3% commission from ticket sales, a rate that moves up to 20% when a host reaches $50,000 in total revenue from Twitter’s monetization features, including Super Follows. Apple’s 30% cut of sales will apply to hosts, as ticket sales are conducted as in-app purchases.

Users who meet Twitter’s minimum requirements must apply to be considered for the program. Eligible accounts must have hosted at least three Spaces meetings in the last 30 days and have at least 1,000 followers. Ticketed Spaces is restricted to users 18 and over.