Apple is researching how to make swiping across an iPad screen feel more tactile, with alerts and controls providing haptic feedback — and potentially the return of Force Touch.

Apple may have dropped 3D Touch from the iPhone, and then it may also have dropped the same-feature-different-name Force Touch from Apple Watch. But the company is still keen on the idea of giving users the sensation of a physical reaction when they tap on a device.

Without referring to either 3D Touch or Force Touch, the newly-revealed patent application “Devices, Methods, and Graphical User Interfaces for Providing Haptic Feedback,” is concerned with just that type of feedback.

“Haptic feedback, typically in combination with visual feedback, is often used in an attempt to make manipulation of user interface objects more efficient and intuitive for a user,” it says. “But conventional methods of providing haptic feedback are not as helpful as they could be.”

Unusually, the patent application does not detail the “deficiencies” that it says conventional methods have. Rather, it asserts that haptic feedback could be done better, and that users will benefit.

“Accordingly, there is a need for electronic devices with improved methods and interfaces for providing visual and/or haptic feedback that make manipulation of user interface objects more efficient and intuitive for a user,” it continues.

“Such methods and interfaces reduce the number, extent, and/or nature of the inputs from a user,” says the patent application, “by helping the user to understand the connection between provided input and device responses to input, thereby creating a more efficient human-machine interface.”

Over 35,000 words, the patent application describes many possible uses, and then very many variations on them. Broadly, though, each is intended to make it clear to a user when they are making, or have completed, a movement they intended.

For instance, dragging one app icon atop another could present one physical sensation during the drag, then another when completed. Currently creating a folder on iPadOS by dragging one app over another, and certainly dragging a further app into that folder, is fiddly.

Apple’s proposal is that the screen itself would relay haptic information so that you know exactly when you have dragged into the right spot to create a folder. Or similarly, to know when you’ve dragged a document onto Pages and can let go.

Recognizing a drag gesture, the screen could output “with the one or more tactile output generators,” a tactile sensation “in response to detecting movement of the contact across the touch-sensitive surface.”

One repeated example use is that of an on-screen audio or volume control. Although the volume itself gives the user a clue that they are manipulating the control, haptic feedback could let them make very precise, fine adjustments.

“Thus, electronic devices with displays, touch-sensitive surfaces…, one or more tactile output generators… and optionally an audio system, are provided with improved methods and interfaces for providing haptic feedback to a user,” says the patent application. “[This increases] the effectiveness, efficiency, and user satisfaction with such devices.” 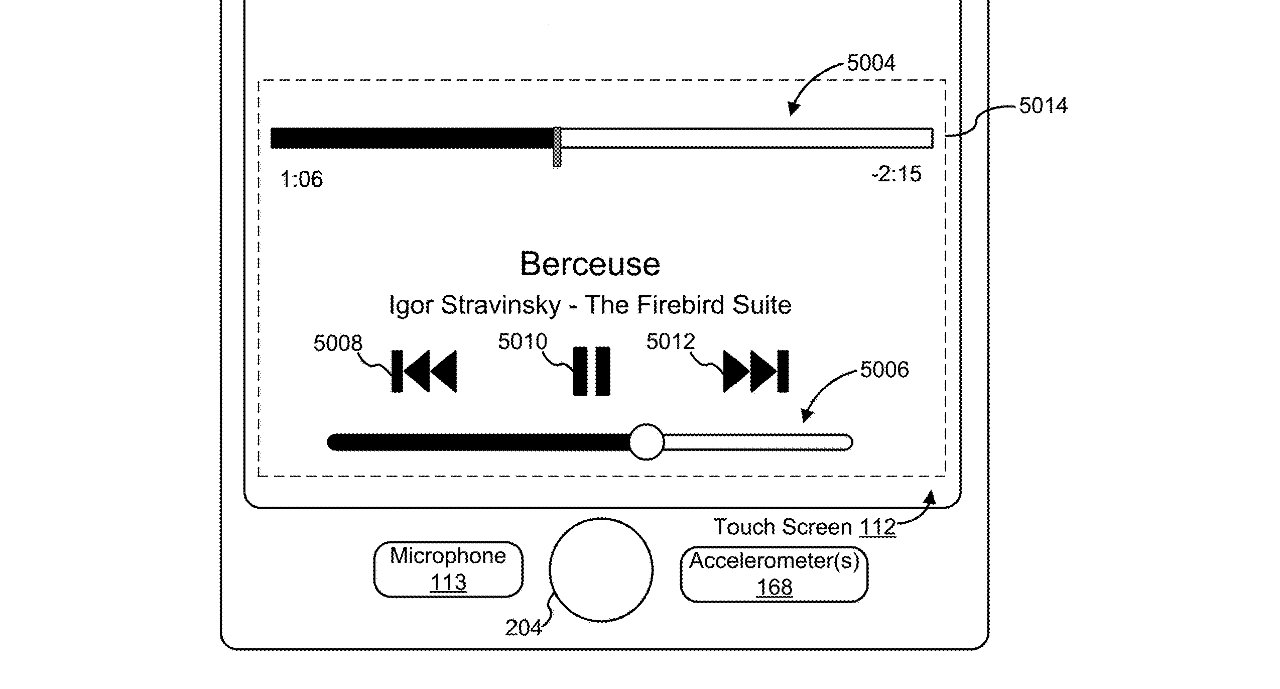 If a screen can react to a drag or a press, the iPad or other device can then provide haptic feedback in response to a user’s manipulation of icons on the display. That certainly means that the device can detect when a region of the screen is touched, so it can also register at least some force, and it can register how long the pressure is applied.

That doesn’t make this an exact replica of the old Force Touch, but it does mean that some of the functions of that could return.

Apple’s patent application stresses that the proposal is not to replace “physical user-interface devices, such as a physical keyboard.” Nonetheless, if the screen can register touch and provide sufficient haptic feedback, this system could greatly improve the on-screen, or virtual, iPad keyboard.

This would not be the first time that Apple has worked on a system to make typing on the glass of an iPad screen faster and more effective. It has previously proposed adding a “notification key” on the virtual keyboard, one which responds to how hard it is pressed.

The new patent application is credited to four inventors, including Duncan R. Kerr. His previous work includes tracking systems for the Find My app.