Gaming subscription services are all the rage now, but Apple Arcade isn’t quite like Google Stadia or Xbox Game Pass. So if you’ve got questions about it, we’ve got plenty of answers.

What is Apple Arcade?

Apple Arcade is a gaming subscription service for iPhone, iPad, Mac, and AppleTV that features more than 150 games. The games are a mix of genres and styles, and include original games you’ll only find on the service and others that can be found on the regular App Store or even other platforms. Apple Arcade isn’t a streaming service like Google Stadia. Games must be downloaded onto your device in order to be played.

What do I need to run it?

Apple Arcade is available as part of iOS 13, iPad OS 13, tvOS 13, and macOS Catalina or later. Some of the more visually-intensive games may only run well on newer hardware, though, and some Mac games require macOS 11 (Big Sur).

How much does Apple Arcade cost?

If you’re currently on the $4.99 month-to-month plan and want to switch to the annual plan, you can do so on your iPhone or iPad. Open the App Store app, then tap your account icon in the upper right. Tap Subscriptions, then tap the entry for Apple Arcade. Here, you can switch to the annual plan. Apple Arcade is also included in the Apple One subscription bundles, which range from $10 a month to $30 a month.

There isn’t an Apple Arcade app—it’s built into the App Store. On your iPhone, iPad, or Mac open the App Store and look for the Apple Arcade tab at the bottom of the screen (or in the left column on macOS). A sign-up screen with a Try It Free button will appear. After the trial you’ll be charged either the monthly or annual fee, depending on your selection. When subscribing, you’ll need to enter your Apple ID password or use Touch ID or Face ID to sign in, and you’ll have to confirm your subscription purchase a few times.

Once you’re done with the sign up, the Arcade section of the App Store shows what games are available to you. To access a game, tap on it in the App Store, then tap the Get button. When the game is done installing on your device, the Get button turns into a Play button, and you can tap it to launch the game. The game app icon will also appear on your device’s Home page.

On the Apple TV, there actually is an Arcade app. Open that to see the sign-up offer. You’ll also find an Arcade tab within the App Store.

Does my subscription include family sharing?

Yes. One $4.99 per month subscription can be shared between up to six people (including you).

How do I cancel Apple Arcade?

First off, keep in mind that if you cancel Apple Arcade (either before your free trial is up or after subscribing), you won’t be able to keep playing the games unless you re-subscribe. If you’re okay with that, you can use the same process you use to cancel any other subscription service. Here’s the easiest way to do it on the iPhone and iPad:

And here’s how to cancel Apple Arcade on the Mac:

Apple Arcade is its own tab in the App Store. You can find games to download there, and grab anything you like without fear of being charged, seeing ads, or having to later buy in-app purchases.

Once downloaded, Apple Arcade games are found just like any other app on your device.

Does Apple curate the games on Apple Arcade?

Yes. Apple says it is “handpicking the games in Apple Arcade” and that it curates them “based on originality, quality, creativity, fun, and their appeal to players of all ages.”

No. In Apple’s words, “since every game includes access to the full experience, including all game features, content, and future updates, no additional purchases will be required.” Even games that have in-app purchases on the App Store won’t have any in Apple Arcade.

Do Apple Arcade games have ads?

Also no. On a related note, Apple says Apple Arcade has no ad tracking.

No. All Apple Arcade are downloaded.

Are Apple Arcade games available on other systems?

Apple Arcade games were originally exclusive to Apple Arcade—not in the regular App Store nor on any other mobile platform. Some would appear on PC or consoles, but never in a subscription service.

Apple has since relaxed that policy somewhat, and you can find games in Apple Arcade that also exist in the regular App Store or on Android. They are usually denoted by a “+” at the end, to differentiate the Apple Arcade version (free to download with your subscription, and free from ads or in-app purchases) from the App Store version. For example Mini Metro (App Store) vs. Mini Metro+ (Apple Arcade).

Will I still be able to buy games on the App Store without an Apple Arcade subscription?

Yes. There’s no sign that the existing games model will be going away, as it works fine for freemium games like Idle Heroes or Toon Blast. Apple is focusing on “handpicked” games for Apple Arcade, so there’s little doubt that the library will be much smaller than the thousands of games available in the App Store.

Are there demos for Apple Arcade games?

No, and they’re not really necessary. Like App Store apps, games download quickly and can easily be removed if you don’t want to keep it anymore.

Apple partly envisions Apple Arcade as a way of letting players try out games with more freedom than the App Store currently allows (which is basically none). In Apple’s words, “rather than pay upfront for each game, a subscription to Apple Arcade will give players the opportunity to try any game in the service without risk.”

The service has a free trial, though, as we’ve seen with both Apple Music and Apple News+.

Am I able to keep playing Apple Arcade games if I cancel my subscription?

No. As with most subscription services, you only have access while you’re a subscriber.

Can I use controllers with Apple Arcade games?

Yes. In additional to traditional MFi (Made for iOS) controllers, you can pair some specific Bluetooth controllers for both the PlayStation 4 and Xbox One with either your iPhone, iPad, or Apple TV. Since many Apple Arcade games are playable on Mac and Apple TV (where controller support is more common), many games will support them. Some games, especially those that are also available in the broader App Store and only for iPhone or iPad, have no controller support.

How often are new games released?

On average, new games are released at a rate of about one every 2-3 weeks, though this may improve as Apple has loosened the rules around Apple Arcade exclusivity.

What games have been released so far?

There are over 150 games available for Apple Arcade, and the list grows all the time. 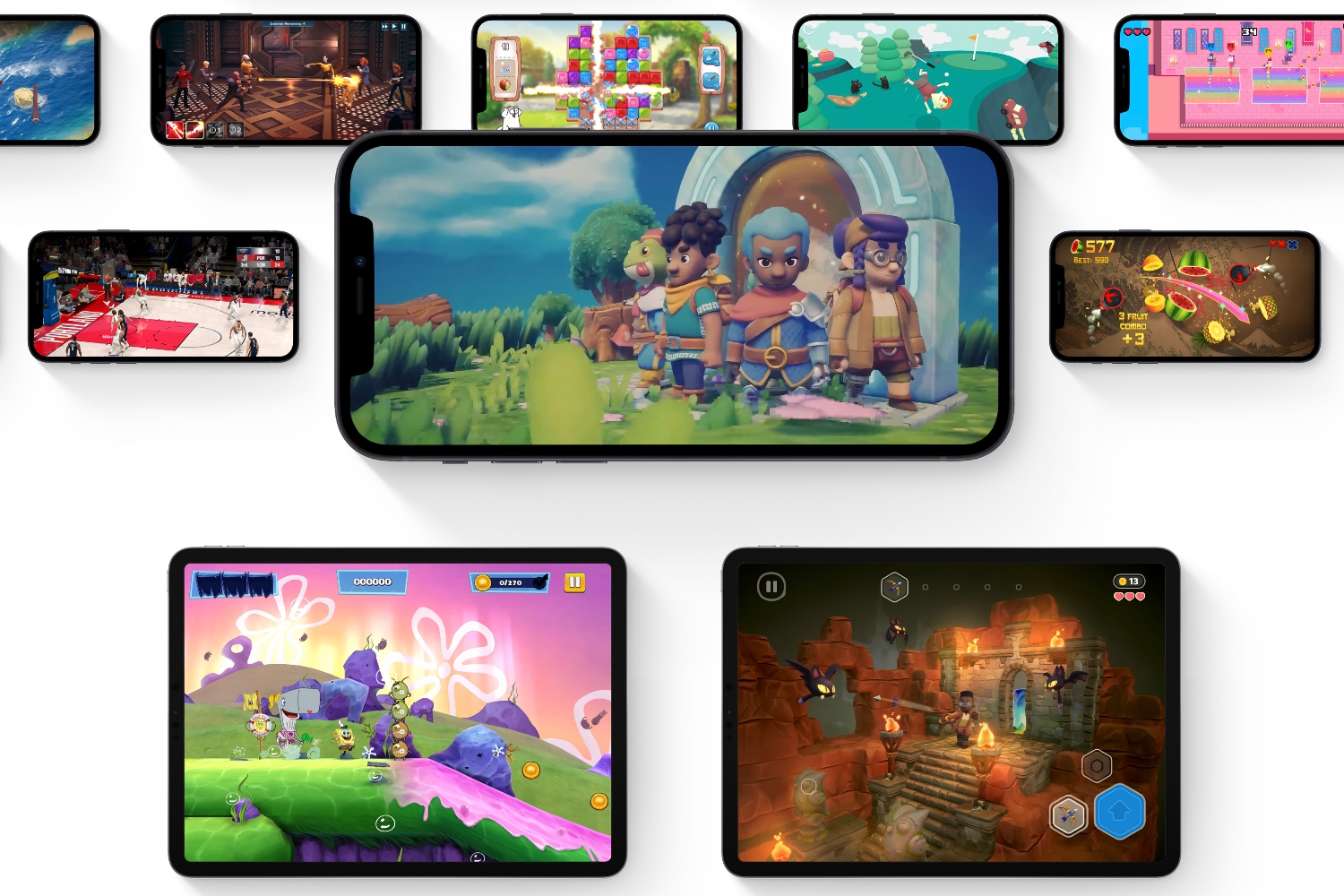