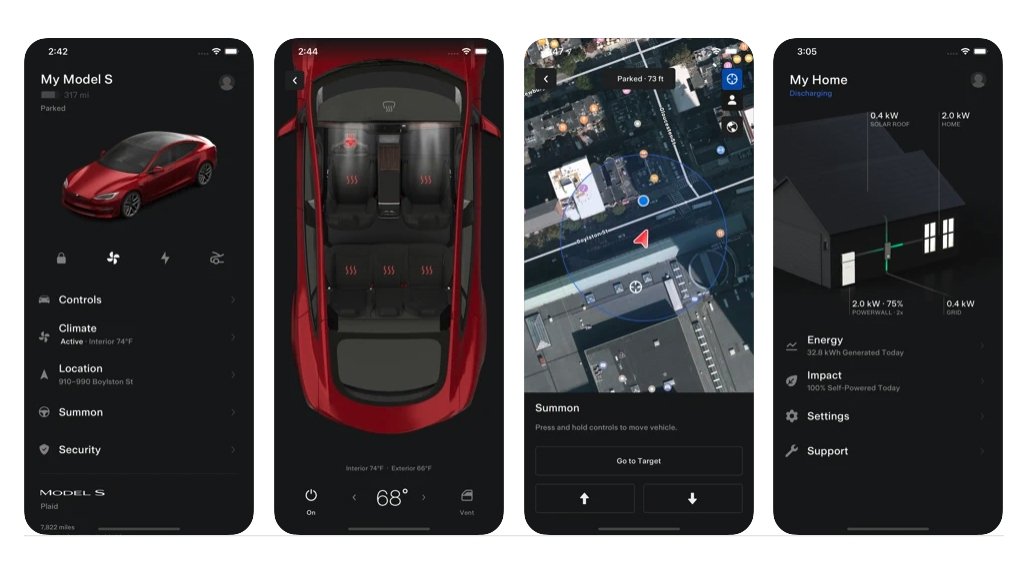 Tesla has updated its iOS smartphone app with improved widgets, new controls, and other features for owners of the company’s electric vehicles.

Although the core functionality of the app remains unchanged, the visuals have been overhauled, according to NotaTeslaApp. However, there are a few new features, including the ability to be able to send commands to a Tesla vehicle from an iPhone without needing to wake the car up first. Additionally, users can unlock multiple Tesla vehicles using their phone key.

Other updates include a new 3D representation of a vehicle and more fluid animations as users navigate through the app. Tesla has also removed the dedicated Charging section of the app, and implemented charging information only when a vehicle is plugged in.

The speed limit, valet mode, and sentry mode settings have been moved to a new “Security” category, and users can also view Supercharging history from within the app.

There are also two differently sized widgets that can be added to an iPhone Home Screen. The widgets detail a vehicle’s name, battery percentage, location or charging info, unlock status, and the time of the last information update. Previously, the Tesla app only featured a much less comprehensive widget in the “Today” view.

The Tesla app is available from the iOS App Store starting Thursday. An Android version should arrive soon.