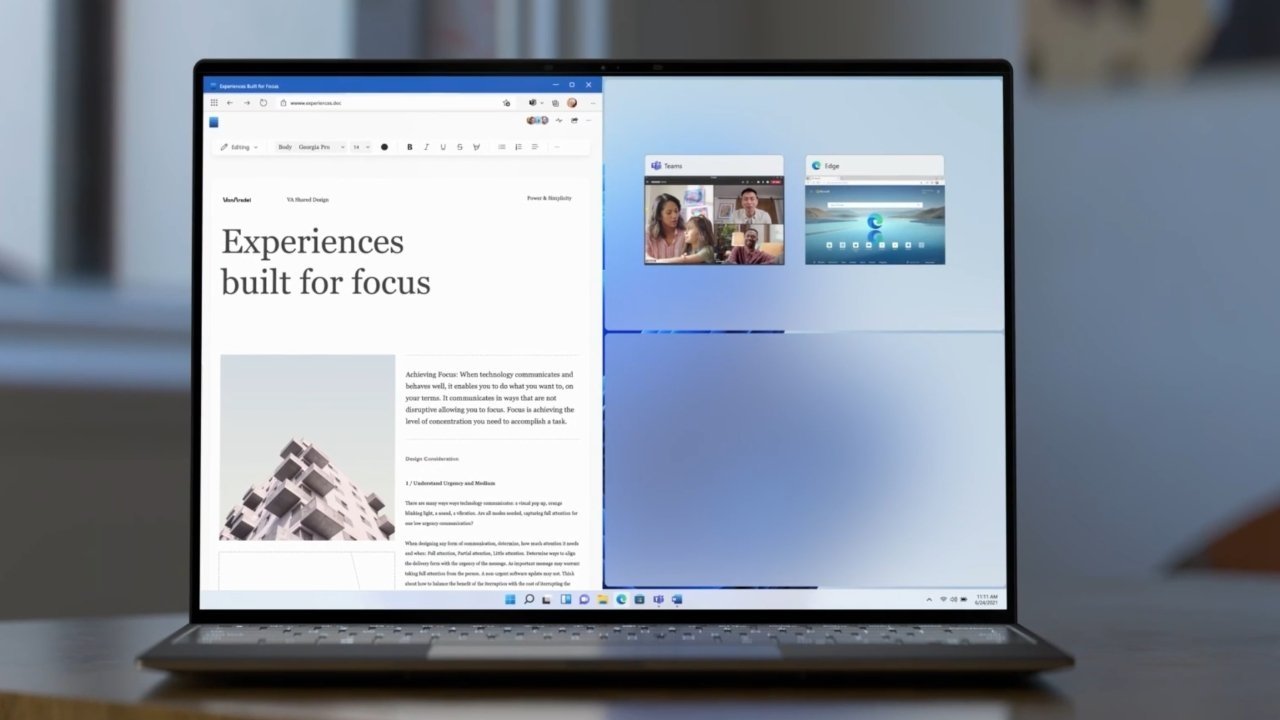 Microsoft on Friday announced a change to Windows 11 minimum operating requirements, though the loosened restrictions are not likely to impact compatibility — or lack thereof — with Mac.

The software giant detailed Windows 11 minimum system requirements in a

As previously announced, Windows 11 requires a 1GHz or faster 64-bit CPU, 4GB of RAM, and 64GB of storage. Machines must also support UEFI secure boot, version 2.0 of the Trusted Platform Module (TPM) and include a graphics card compatible with DirectX 12.

Microsoft today added Intel Core X and Xeon W CPUs, as well as the Surface Studio 2’s Core i7-7820HQ, to the list of Windows 11-compatible processors. The addition is a nod to users who, despite owning fairly modern hardware (Core X and Xeon W are 7th-generation Intel designs), were seemingly left out in the cold when the operating system was announced.

Microsoft clarified the situation to The Verge, saying it will only enforce installation restrictions when users attempt to move from Windows 10 to Windows 11 through the Windows Update mechanism. Users with older PCs that don’t meet the company’s recommendations can download an ISO of the operating system and install it manually, according to the report.

That said, Windows 11 is unlikely to work efficiently on Intel Macs because of Microsoft’s TPM 2.0 requirement. While some Macs produced between 2016 and 2019 boast CPUs that support the security protocol, Apple’s logic boards do not.

There is currently a workaround that involves editing the names of certain system files before installation to bypass Windows 11’s checks, but the process does not guarantee success.

Another route is PC virtualization through software like Parallels, which earlier in August promised to deliver full Windows 11 support for Mac when the operating system launches.