The most recent developer beta for iOS 16 just launched, and people are rejoicing that it has brought back a feature that was unceremoniously axed way when Apple first unveiled the iPhone X.

Of course, I’m talking about the ability to display your best iPhone (opens in new tab)‘s battery percentage right in the status bar on the top right corner of your screen. That’s right, it’s back, folks!

The ability to see your battery percentage went away with the release iPhone X, which of course, was the first iPhone to feature the infamous notch. Due to the condensed space that the status bar occupied because of the notch, Apple removed the ability to see the battery percentage in the status bar. Instead, you had to drag down from the top right corner to open the Control Center to view an exact percentage.

The beloved feature is not only back but also has a new look that you may remember. Instead of showing the percent and then the battery icon, it now shows just the number (not the sign) inside the battery icon.

While this is no doubt exciting, you may not want to get your hopes up just yet because there is a catch.

The new feature is available only on certain iPhones, most notably the iPhone 13 (opens in new tab), iPhone 13 Pro, and iPhone 13 Pro Max.  All of these, of course, have a 20% smaller notch than the previous iPhone models had, meaning there is a little more space in the upper righthand corner for Apple to work with. There are some reports of older iPhone Pro Max models — like the iPhone 11 Pro Max and iPhone 12 Pro Max — also having the feature. In any case, it does appear to be limited based on some hardware.

You’ll notice, however, that I didn’t list the iPhone 13 mini. It seems the smaller notch wasn’t enough to overcome the limitations, given that the phone itself is a much smaller form factor.

How to turn on battery percentage in iOS 16 beta

If you have an iPhone 13, iPhone 13 Pro, or iPhone 13 Pro Max, and you’ve installed the most recent beta on it, here’s how you can show the battery percentage in your status bar.

Apple occasionally offers updates to iOS, iPadOS, watchOS, tvOS, and macOS as closed developer previews or public betas (opens in new tab)(opens in new tab). While the betas contain new features, they also contain pre-release bugs that can prevent the normal use of your iPhone, iPad, Apple Watch, Apple TV, or Mac, and are not intended for everyday use on a primary device. That’s why we strongly recommend staying away from developer previews unless you need them for software development, and using the public betas with caution. If you depend on your devices, wait for the final release.

We’ve been hearing plenty of rumors of a completely different notch/cutout in the upcoming iPhone 14 (opens in new tab), which is expected to ship with iOS 16 pre-installed on board.

So the fact that the battery percentage feature is in the newest iOS 16 beta is likely a good indicator that the iPhone 14 will take full advantage of this “new” feature. 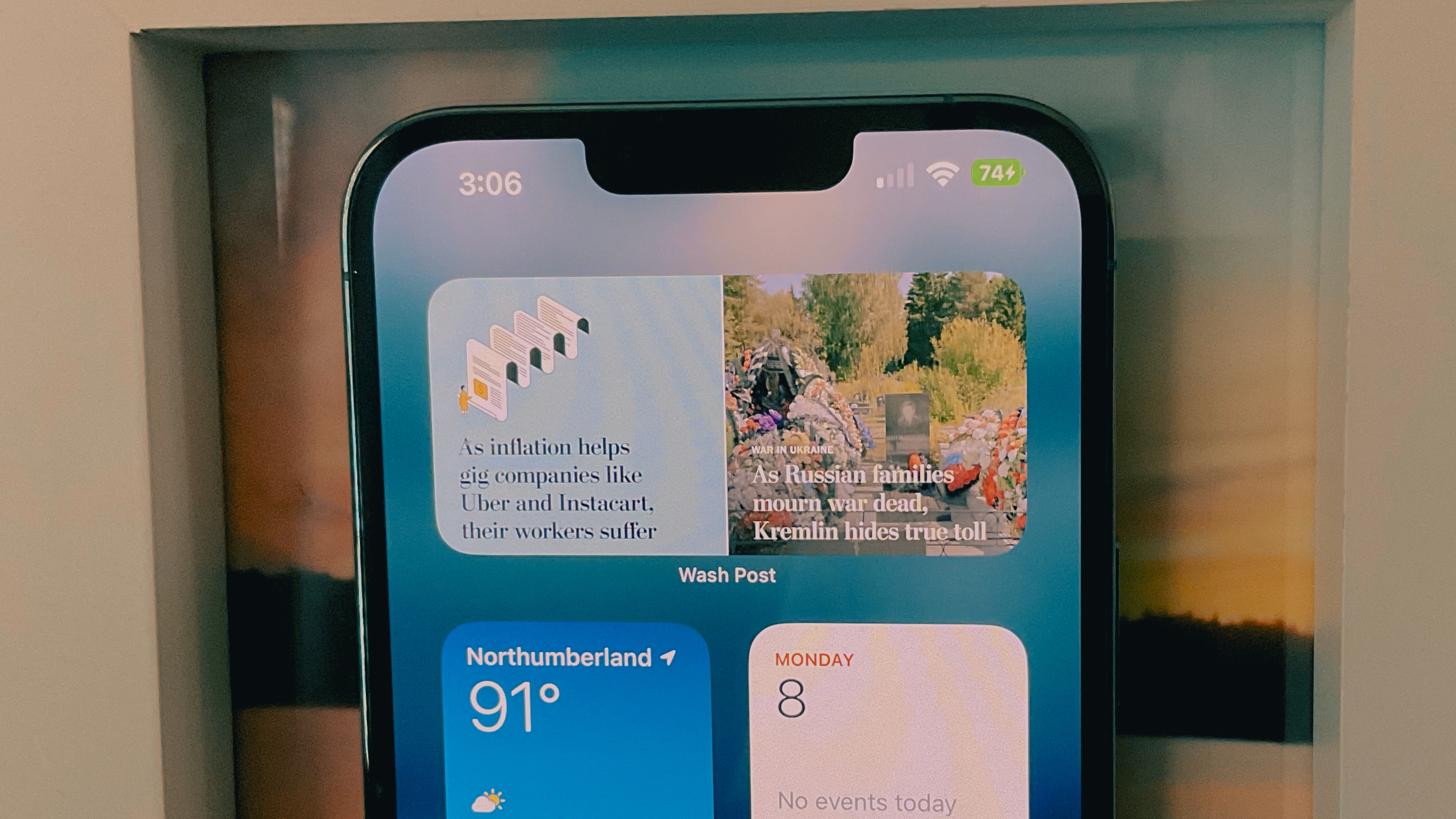