Apple has been researching ways to have an Apple Watch band automatically track the wearer’s hydration, with all the health monitoring benefits that would bring.

Apple supplier Rockley Photonics recently announced a non-invasive glucose monitoring system that so looked like it was meant for Apple Watch, that the demo units use Apple wrist bands. Practically missed in that announcement, though, was that Rockley’s system is intended to monitor much more, including hydration.

Now Apple has separately been granted a patent concerning precisely that. A patent for a hydration sensor in Apple Watch, even granted, does not mean there will ever be a product.

However, as the newly-revealed “Hydration measurement with a watch” research says, hydration is a key health indicator. It’s one that from a single type of sensor is able to contribute a great deal of information.

“A user’s hydration level has significant impacts on the health of a user,” says the patent. “Dehydration can impair performance and is associated with several deleterious health consequences, including heat strokes. Overdrinking can result in hyponatremia, fatigue, confusion, coma, and even death.”

Currently there are many apps for iPhone and Apple Watch which are designed to remind users to drink often, and not too much. As for actual measuring, though, the patent says that typical techniques are “generally invasive, expensive, or unreliable.”

“For example, some hydration tracking techniques involve testing fluid samples, such as urine or blood, from the user,” it continues. “Some techniques require analyte sensors to chemically react with sample fluids.”

“Many of these sensors are disposable and limited to a single use,” says Apple. “Yet other techniques involve tracking the intake of fluids, expulsion of fluids (e.g., sweat, urine, etc.), and weight changes across a period of time.”

Apple’s patent is even a little dismissive of what it describes as these “cumbersome and unreliable” techniques. The patent’s inventor, Alexander W. Williams, also points out that the lack of reliability is specifically because of “the variety of measurements that must be manually taken.”

His proposal is that Apple Watch instead perform regular, periodic measurements to calculate a user’s hydration, and do so using a Watch band.

“A watch [band] can be positioned to receive and measure one or more electrical properties of perspiration produced by the user wearing the watch,” says the patent. “The measurements can be used to provide useful feedback and health tracking information to a user, thereby allowing the user to better manage hydration and overall health.” 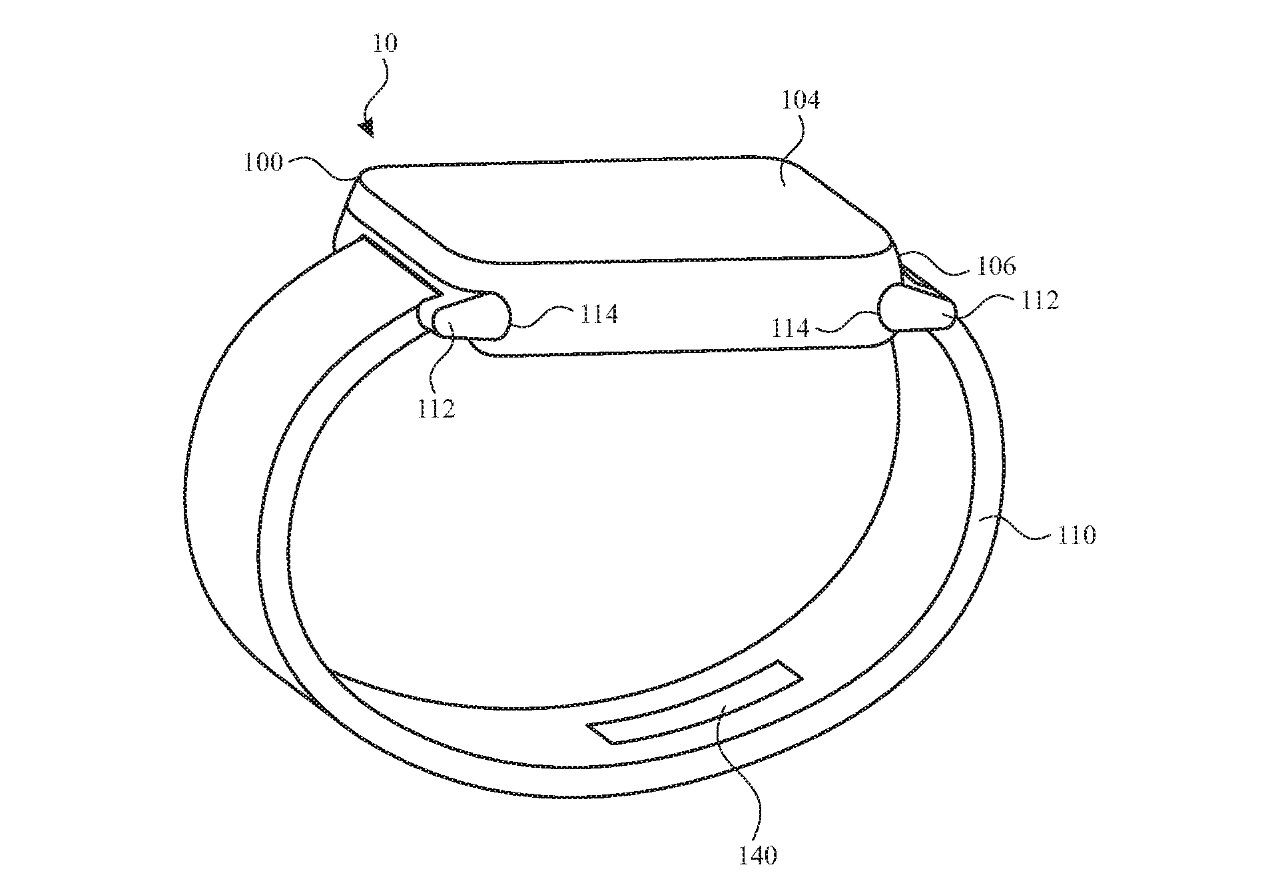 Since this measurement is performed on perspiration, it is non-invasive and can be done repeatedly, accurately, automatically, and with minimal user intervention.” Then the measurements can be tracked over time, “thereby allowing the user to better manage hydration and overall health.”

This patent has been recently revealed as it was just granted — but a version was originally filed in March 2018. So while there’s no guarantee the feature will come in, for instance, the Apple Watch Series 7, the company has been pursuing the idea for several years.