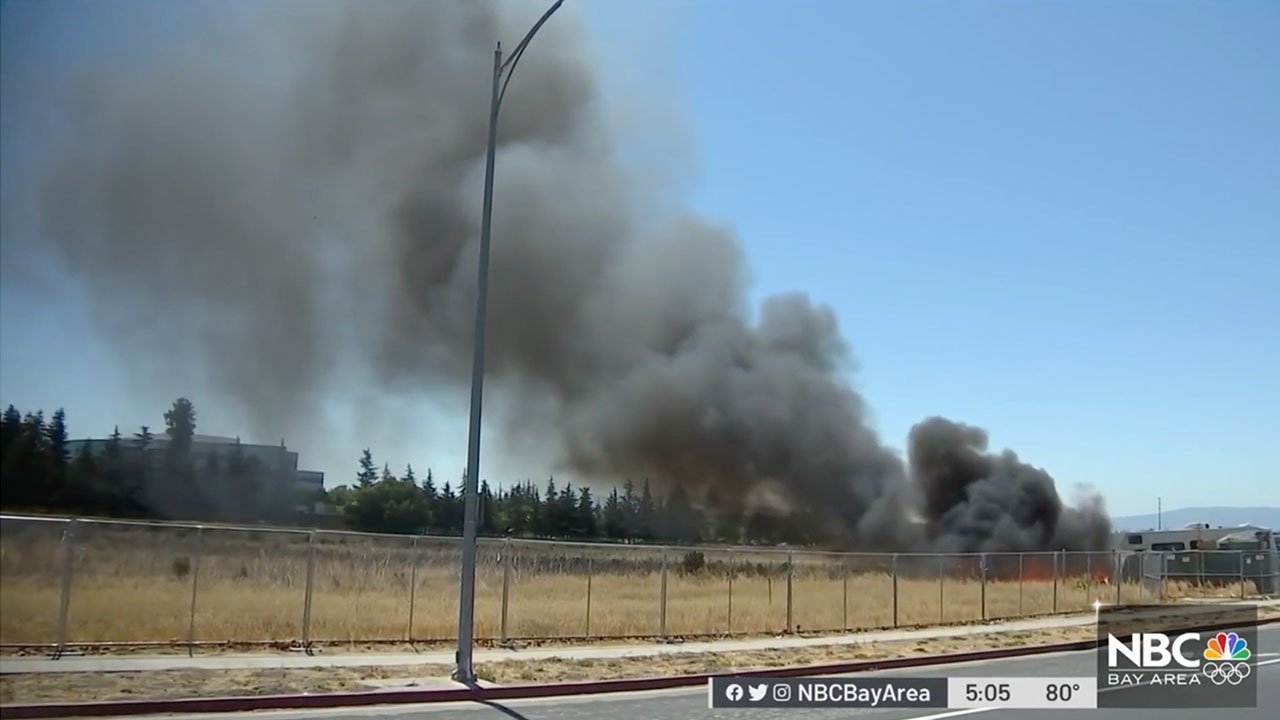 A fire broke out on undeveloped land owned by Apple in San Jose on Wednesday, burning a mobile home and endangering an encampment of homeless people living on the property.

The blaze was reported just after noon on an empty lot located on the corner of North First Street and Component Drive, according to The Mercury News. Firefighters responded and quickly stopped the fire’s spread, San Jose Fire Department spokesperson Erica Ray said.

No injuries were reported and damage was limited to an RV and about five acres of vegetation. The cause of the fire is not currently known.

The incident again drew attention to the roughly 55-acre plot which hosts between 30 to 100 homeless. In July, the undeveloped patchwork of land parcels close to Mineta San Jose International Airport was the focus of an expose that revealed inhabitants of nearby homeless clusters are making their way to Apple’s land, prompted by an “enhanced cleanup” of neighboring areas. The City of San Jose is clearing out tracts of land at the behest of the Federal Aviation Administration.

Homeless residents live in wooden structures and mobile homes like the one destroyed in today’s fire, sharing space with an estimated 200 tons of hazardous trash and debris, reports NBC’s Bay Area affiliate.

“Some of us are making a mess, which we’re trying to really clean up right now,” said Robert, who lives at the encampment. “We thank Apple for letting us stay here as long as they have. We’re trying to do our best to get out. Hopefully they understand.”

Apple has not attempted to expel the homeless population, though it is in talks with the city over a potential solution. In a statement to NBC today, a company spokesperson said Apple plans to allot a portion of the $2.5 billion in funds it earmarked for California’s housing shortage to build long-term affordable housing on the land.

The company has not announced plans for the large plot since acquiring it in a series of purchases dating back to 2015.