Zac Efron is about to make another debut on the big and small screen.

Hailing from Skydance Media, screenplay is adapted by Peter Farrelly, Brian Currie and Pete Jones, and is based on the book The Greatest Beer Run Ever: A Memoir of Friendship, Loyalty and War, by Joanna Molloy and John “Chickie” Donohue. Peter Farrelly as Director. Producers are David Ellison, Dana Goldberg and Don Granger on behalf of Skydance, with Andrew Muscato and Jake Myers. The book/source material became a New York Times best seller when it was published in 2020 and generated stories of this journey across a wide spectrum of media and news programming.

You can check out the official trailer below:

What is The Greatest Beer Run Ever about?

The Greatest Beer Run Ever tells the story of Chickie Donohue (Efron), a man who travels into Vietnam to bring his friends a beer during the war.

To show support for his neighborhood friends serving in Vietnam, Chickie Donohue (Zac Efron) decides to do something totally outrageous: travel to the frontline by himself to bring the soldiers a little piece of home — their favorite can of American beer. However, what started as a well-meaning journey quickly turns into the adventure of a lifetime as Chickie confronts the reality of this controversial war and his reunions with his childhood buddies thrust him into the complexities and responsibilities of adulthood. Based on an incredible true story, “The Greatest Beer Run Ever” is a heartfelt coming-of-age tale about friendship, loyalty and sacrifice.

The Greatest Beer Run Ever will premiere in both theaters and on Apple TV+ on Friday, September 30. If you want to enjoy the film in the best quality possible at home, check out our review of the Apple TV 4K and our list of the Best TVs for Apple TV 2022.

It’s time for a new Siri…Remote.

The latest generation of the Apple TV 4K features a new processor, support for higher frame rates, and the redesigned Siri Remote. 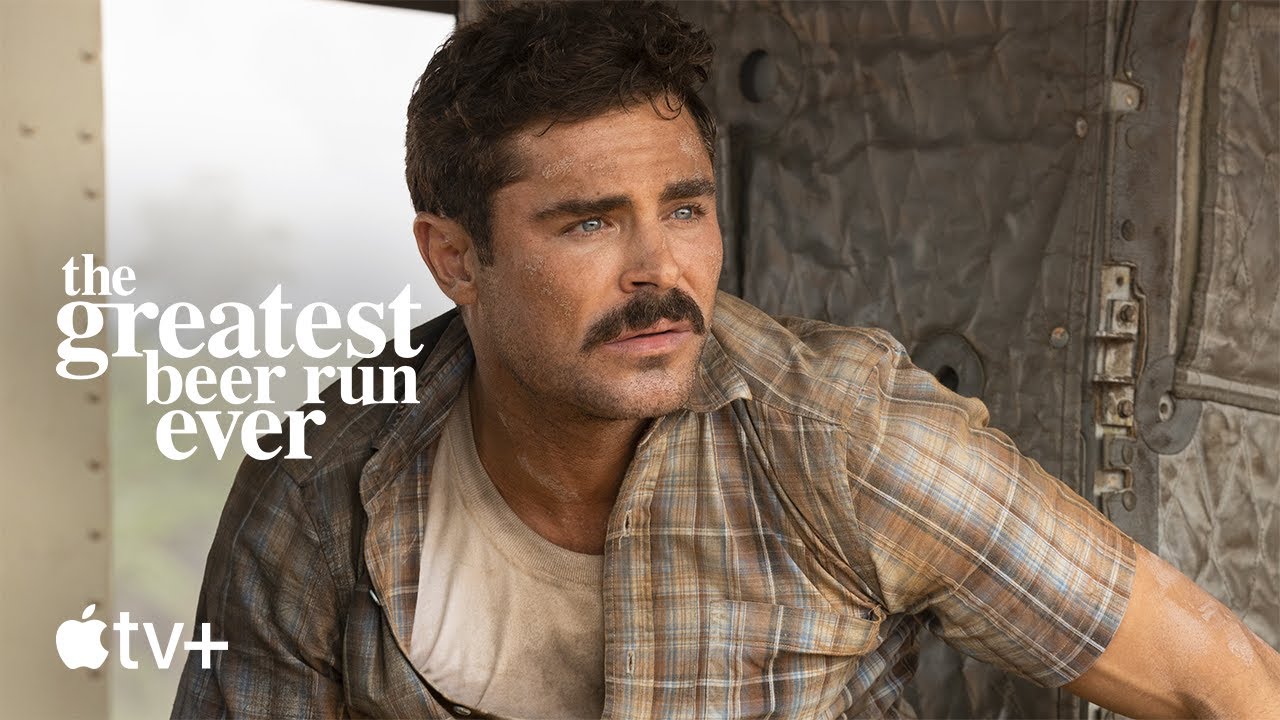